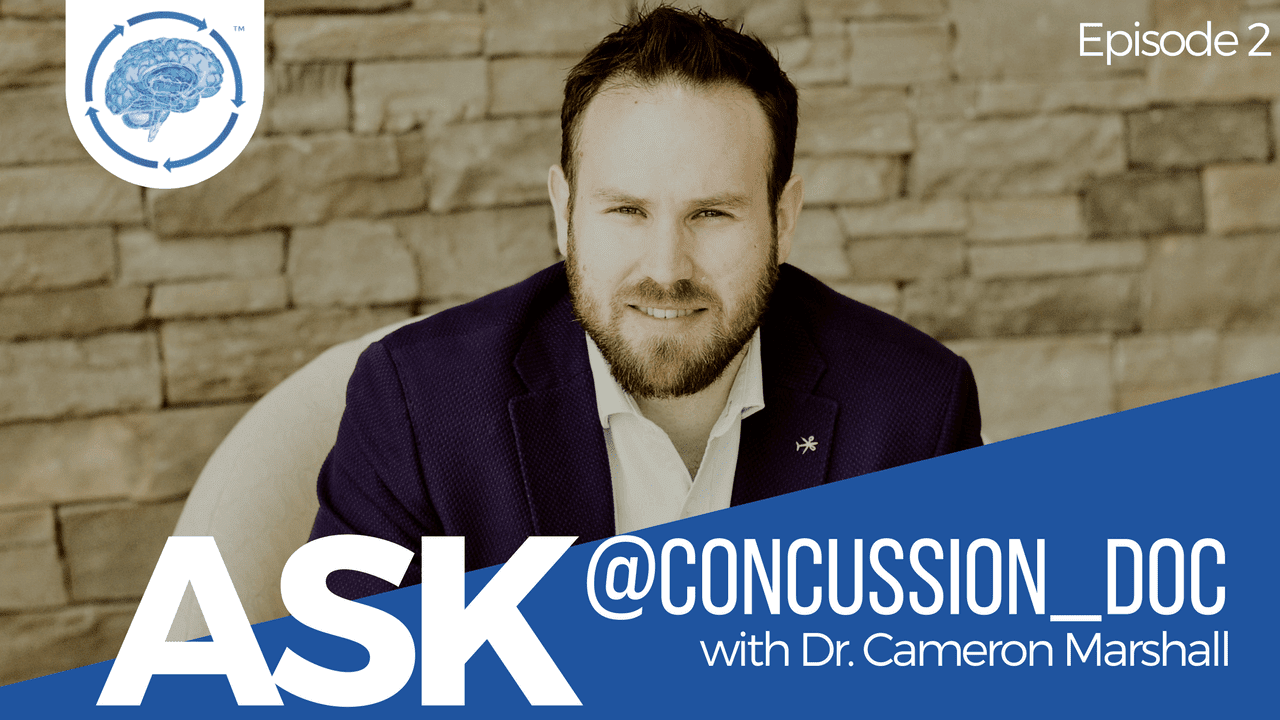 Below is a summary of the conversation. For the complete, verbatim discussion, please see the audio and video links below.

What are the validity indicators for preseason computerized neurocognitive testing (CNT)? Should I be using CNT in concussion management?

[Dr. Marshall] This has been scrutinized heavily in the literature lately. I think a lot of people have been heavily relying on computerized neurocognitive testing for both their baseline and post injury assessment metrics.

It’s fairly easy to administer and it’s also very cost effective. I think that’s led a lot of people to using those types of tests for their baseline and post injury management. However, validity indicators for baseline tests are difficult because oftentimes athletes may try to actually fail the baseline so that their scores are showing low. Therefore,  in the event they do get a concussion, they can be cleared to return to play sooner.

This is a very risky move by an athlete, but nonetheless they may try to do it.

Validity indicators are the automatic or the built in metrics within a test that allow a practitioner to determine whether or not the test is valid. So, if people are trying to fail, hopefully the validity indicators can catch it.

What this study found was that up to 50-55% of amateur athletes were actually failing performance validity indicators for baseline testing.

The question is, should practitioners actually be using computerized testing within their practice? It’s not that you shouldn’t be using it, I think there needs to be more added to the picture.

The evidence now points towards a multimodal or multifaceted approach to concussion management. Using CNT testing is only one piece of the puzzle. You have to add more to the picture, including balance, reaction time, memory, concentration, and visual tracking and processing,

Having more information and more comprehensive picture potentially allows you to pick up areas that would have been missed by a single facet.

What specific manual therapy techniques do you use and/or have been shown to be effective in the literature for treating concussions/whiplash symptoms?

People with even just neck injuries can have visual deficits, balance impairments, cognitive problems, emotional issues, trouble sleeping and headaches. All the same issues as a concussion.

So, this where manual therapy or treatment of the cervical spine or neck comes in to play.

In terms of treating these symptoms of concussion, my go-to techniques are soft tissue therapy, active release therapy, acupuncture, manipulation and mobilizations. I think this is key to figuring out if the symptoms are a result of a concussion or a neck injury.

For example, if somebody is dizzy, is it a vestibular problem? Is it a visual problem? Is it a neck problem? And, if it isn’t that problem, which specific tissues are causing it and that can help to guide treatment.

Similarly with headaches, various muscles have referral pain into the head, and trying to figure out where someone’s headache is located can help to inform the treatment approach.

[Aerin] Often we can wrapped up in the idea that this is a head injury – it’s the brain – but, we need to take a step back and think about the neck and other potential issues and compounding factors.

We can also think about joint position sense and retraining that deep neck flexor training, and not only in a clinic setting, but moving more into functional roles and functional positions, and how people would work in life and in general body awareness.

Some of the techniques may include using a band on the head with a laser and working on rotation and tracking error as well as using circles or different tracking patterns to try and determine the issue. Not everyone will have the same issues. 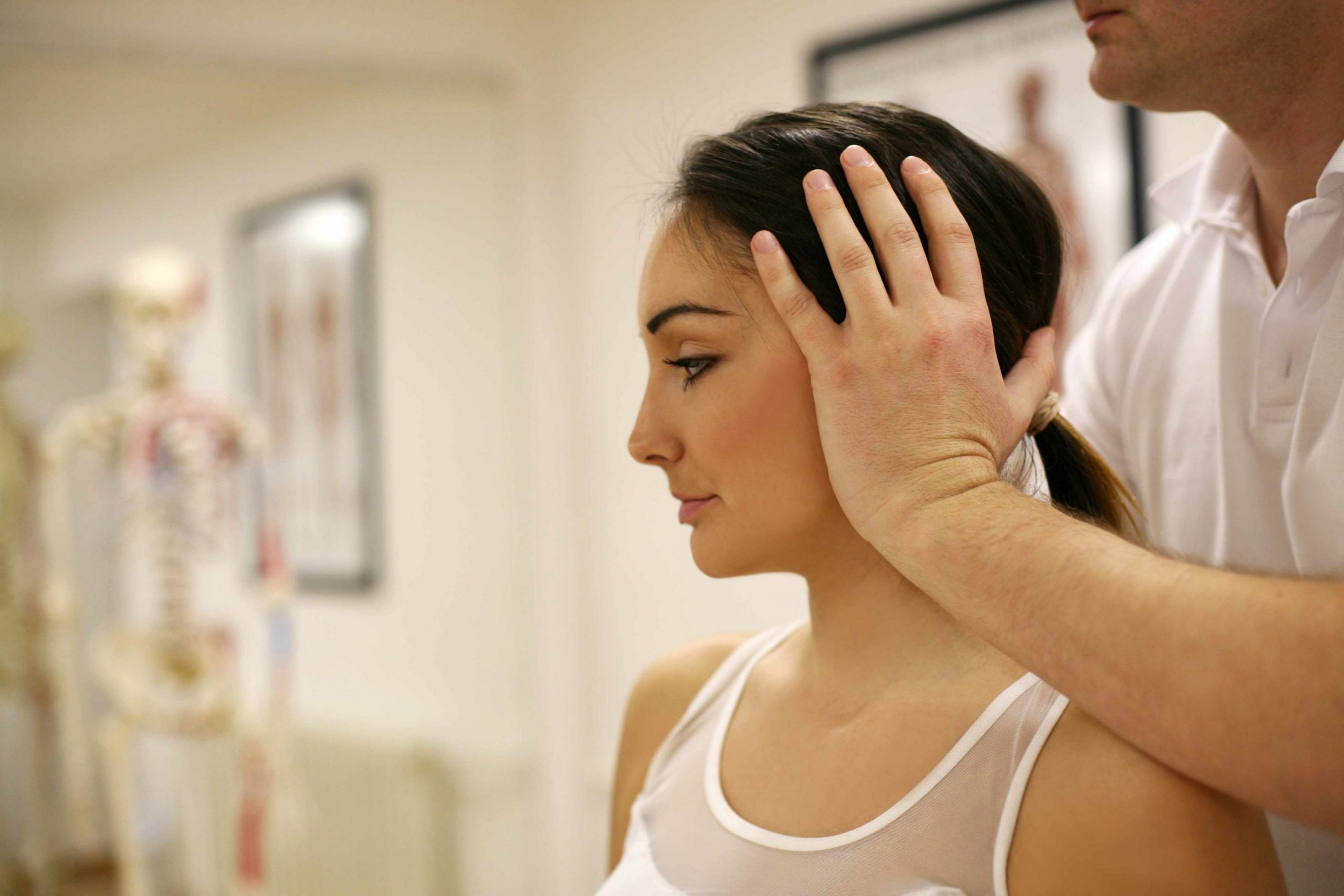 What can physical therapy do for a brain injury?

[Aerin] We can easily get caught up in the fact that it’s a brain injury. What can we do for a brain injury? The fact is there is so much more and thinking about the many facets involved. Whether it be the neck, visual, vestibular or other issues.

As physical therapists, our training and our skillset plays into that well. That’s where our foundations are; however, we also need to have more of a knowledge base and be up to date with the most recent concussion research because things are rapidly evolving.

Physical therapists need to get involved in the visual rehab, vestibular rehab, cervical rehab and so on. There are some really great ways to be involved in that.

[Dr. Marshall] Another thing people need to be aware of, especially if you do have a concussion, is that a concussion is a fairly short duration timeline. And, if you look at what the pathophysiology (or what’s going on inside the brain after an injury occurs), there is a temporary deficit in energy within the brain.

That period of time is actually quite short, and most adult studies show that it’s between a 3-6 week time period. So, if you’re having symptoms beyond that period, generally the physiologic brain-specific issues from a metabolic standpoint have somewhat recovered, and now you’re moving on to other things. This could be a blood flow impairment, which we can use exercise to try and get around. Whether this be a visual or a vestibular impairment, which therapy can help with.

That’s idea around physical therapy for concussion. It’s not necessarily dealing with what’s going on in the brain specifically, but it’s helping to restore the function(s) that have been impaired by the injury itself, and now we’re helping patients get back to full function.

I think that’s why we are positioned well as therapists in the concussion space because we can see people early on in the recovery process; we can initiate rehab early on in the recovery process; and we have the skillsets to treat the symptoms of concussion. The evidence is pointing towards exercise, vestibular, visual, the cervical spine, manual therapy and rehabilitation.